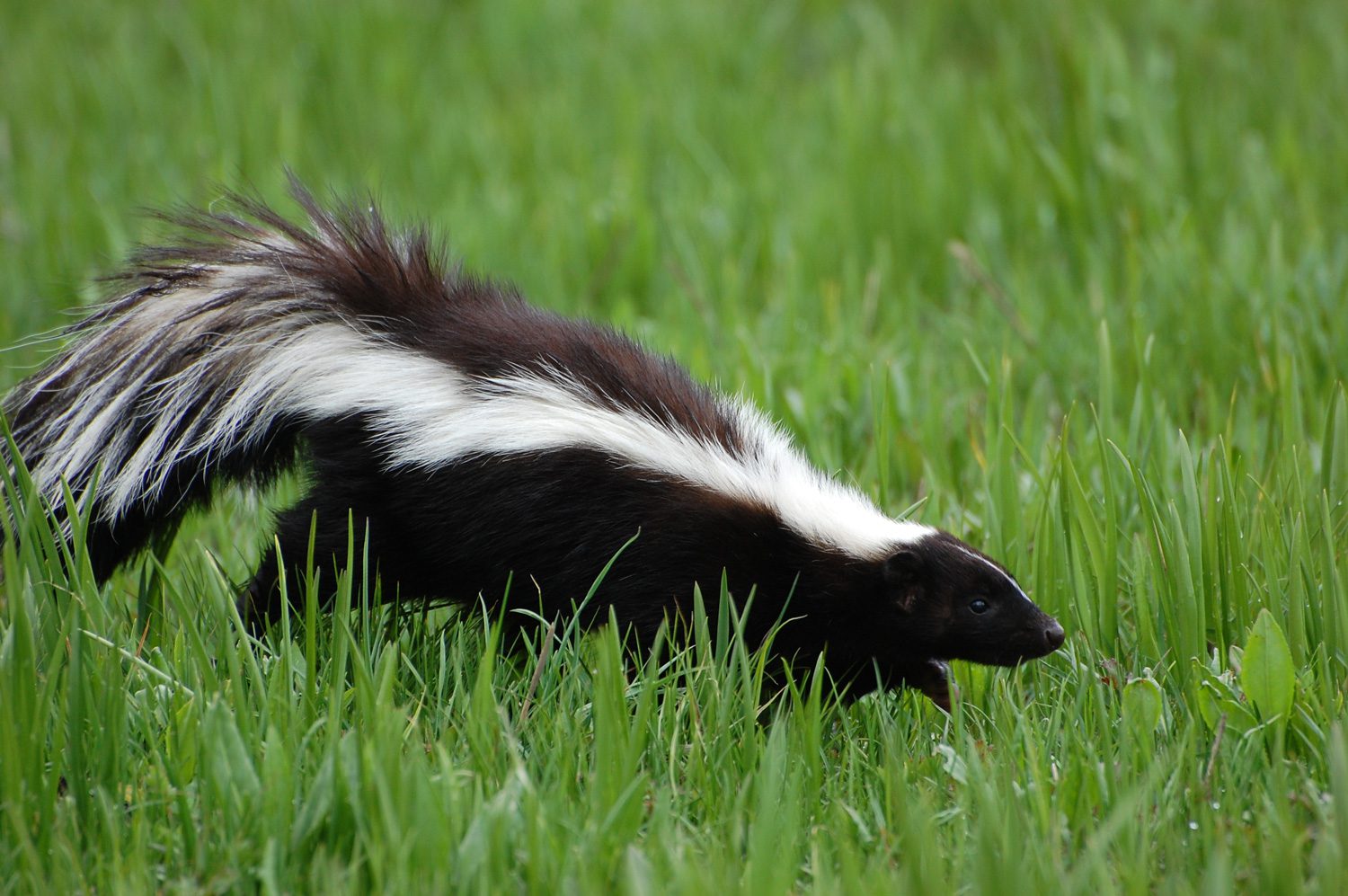 Are you seeing and smelling skunks often? It’s possible skunks may have dug a den under your backyard shed.

Skunks are living under your deck, porch, or backyard shed

A skunk has sprayed in the vicinity

A skunk has sprayed your pet

Holes being dug by skunks

Skunks trapped in a window well or basement

We can handle your skunk removal needs with expert care. We’ll trap the animals and remove them from the vicinity preventing them from returning. Let our professionals handle what could turn into a stinky situation. 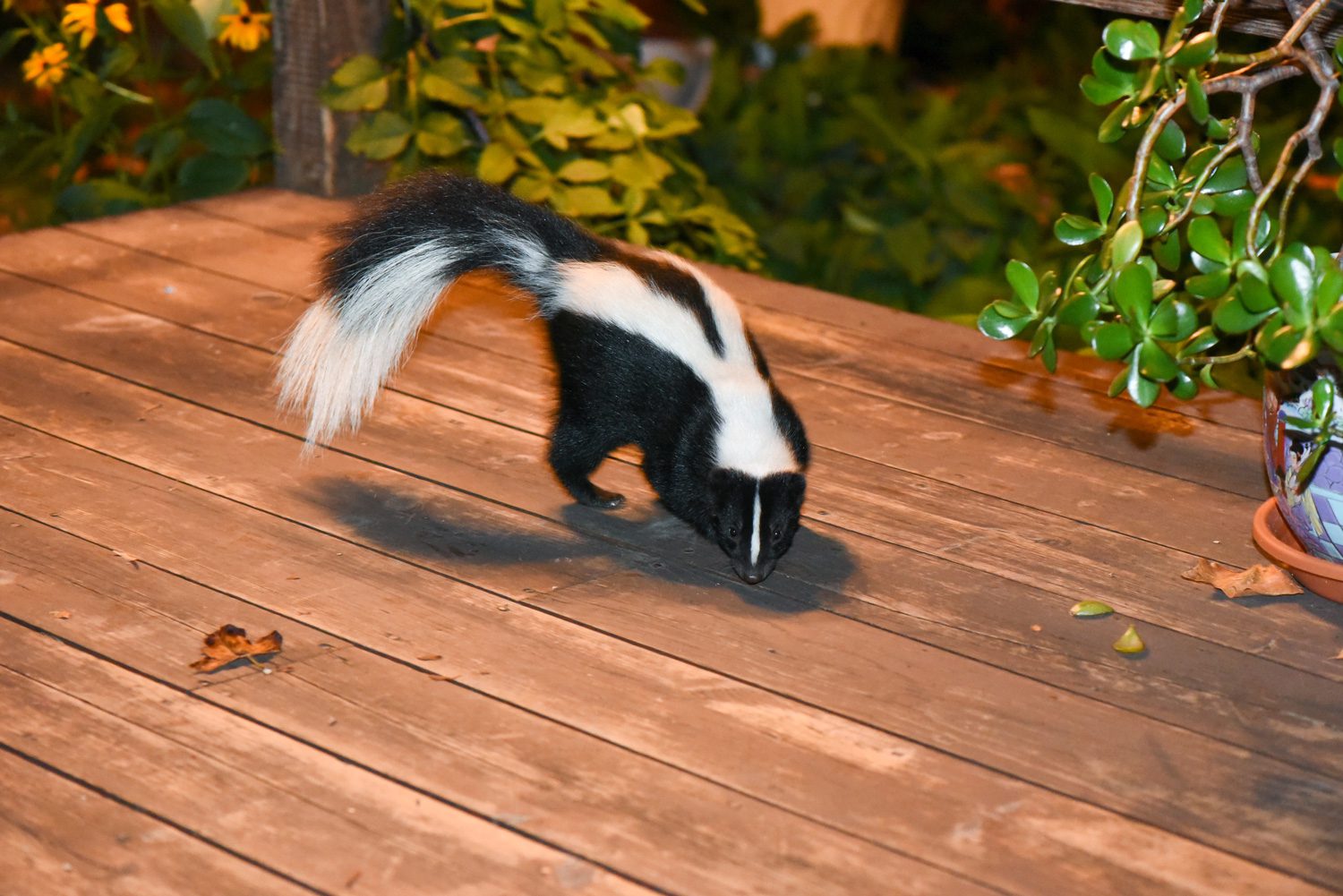 Combine the ingredients at the time of use. This solution works to remove skunk odor because of a chemical reaction initiated immediately upon combining the ingredients. If it sits for too long, it will become ineffective.

The skunk odor neutralizing formula set out below was devised by Paul Krebaum, a chemist employed by Molex, Inc. of Lisle, Illinois.

Krebaum originally developed this formula as an alternative to tomato juice or tincture of time in helping rid his laboratory of odor while he was conducting research on a group of chemicals called thiols. These are a group of organic compounds that are naturally produced, often in association with the degradation of protein. These compounds stink to high heaven, and, it turns out, they are also the primary cause of the foul odor associated with skunks.

According to Krebaum, his formula causes oxygen molecules to bind to thiols, thus effectively neutralizing their fetid odor.

Krebaum devised the formula and used it in his laboratory for some time before a colleague asked him to help with a pet cat that had been sprayed by a skunk. Realizing that thiols were at the root of skunk odor, Krebaum modified his laboratory cleaning formula so that it could be used on animals. Krebaum’s colleague reported that the formula worked like a charm, removing every trace of odor from the cat.

Due to packaging and transportation difficulties associated with the ingredients, Krebaum decided against trying to patent his formula and subsequently placed it in the public domain. The formula was first published in the October 1993 edition of Chemical and Engineering News.

Get started with service for skunks today.